Here, you can update spends keys to track and report on spends in your digital campaigns.

Click on Spends Tracking in the list of Configurations to update details in the subsequent pop-up window. 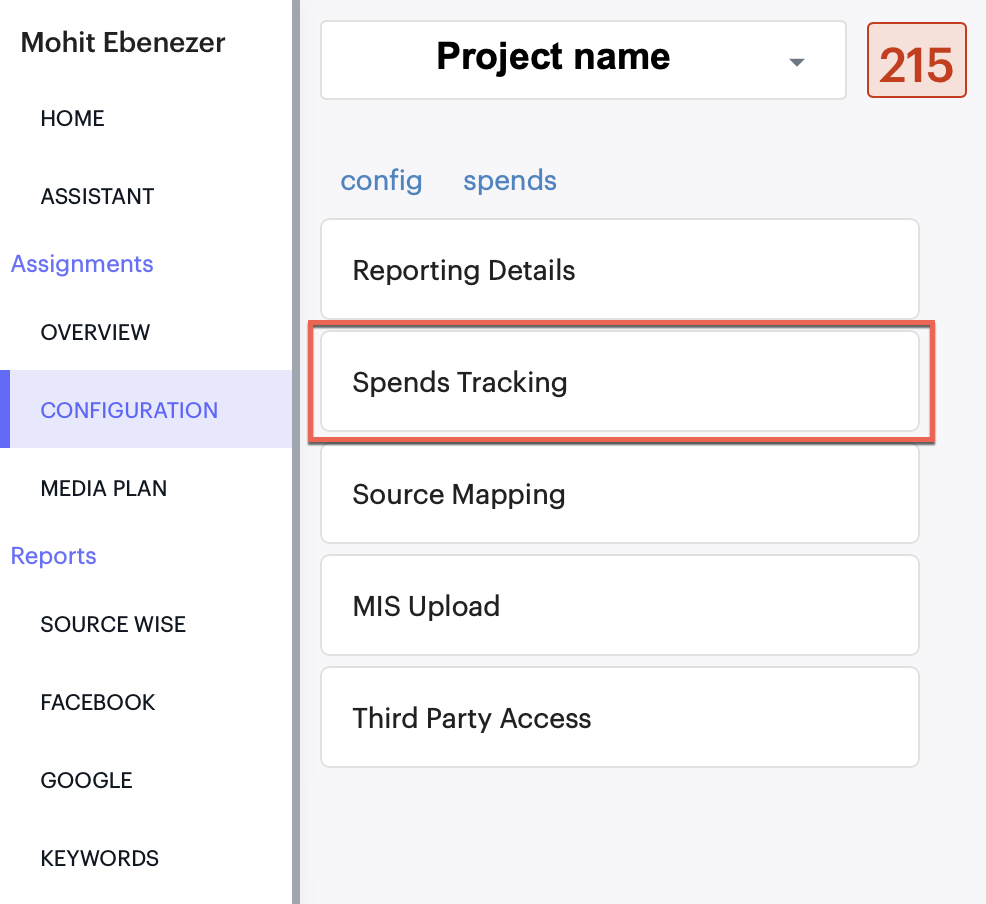 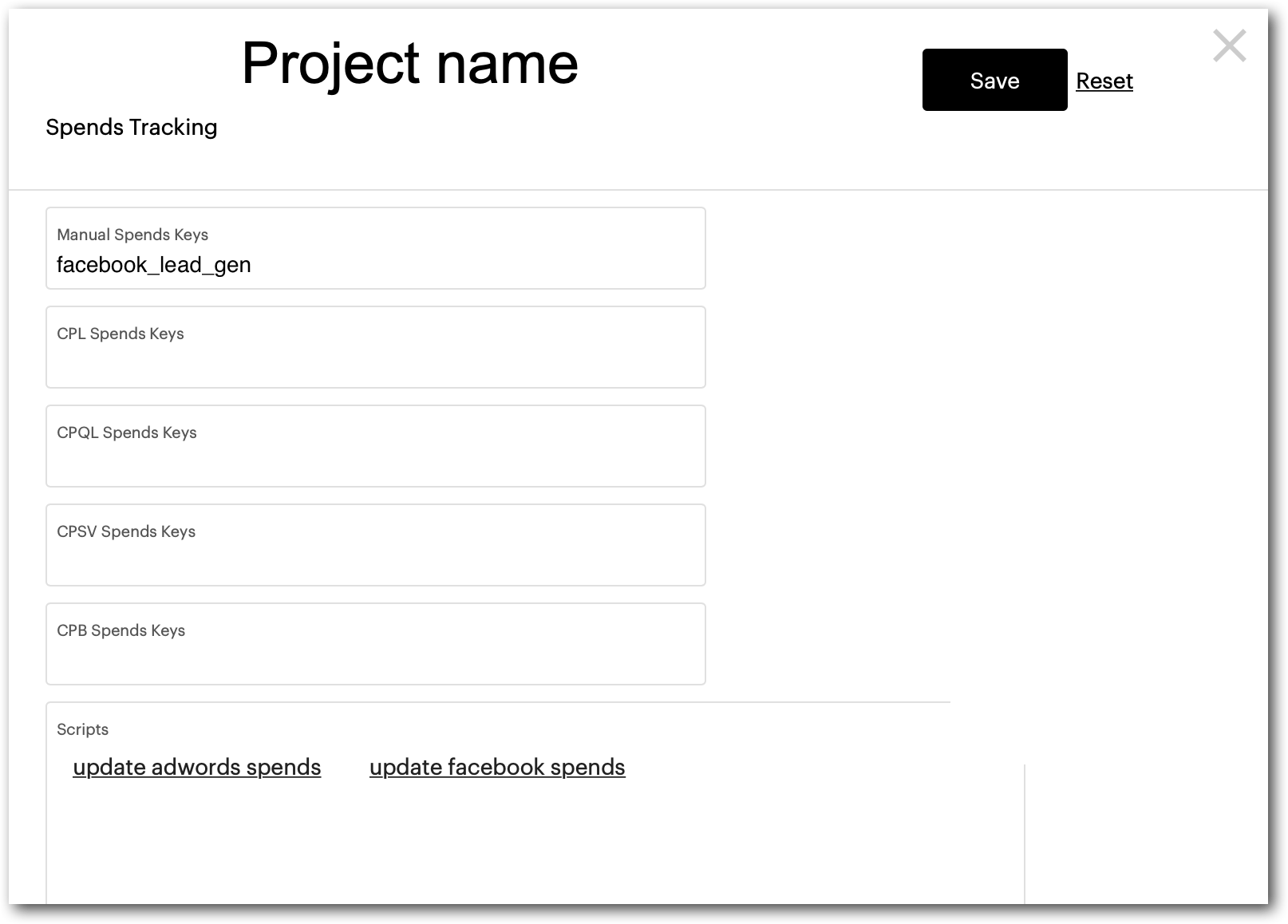 Scripts: Scripts added here pull data from your digital advertising accounts to the Marketing Panel so you're able to report on them. To update spends, click on the script.