Failed and Junk combined into a single category

Earlier, it was possible to move a lead into either junk or failed category.

Now, the failed and junk categories have been combined into a single category as failed. User will only be able to move a lead into failed category. Based on the reasons selected while moving the lead to failed category, the lead will be internally managed as failed or junk.

While moving a lead from Claimed to Failed, the user will be displayed with following categories of reasons (image below) 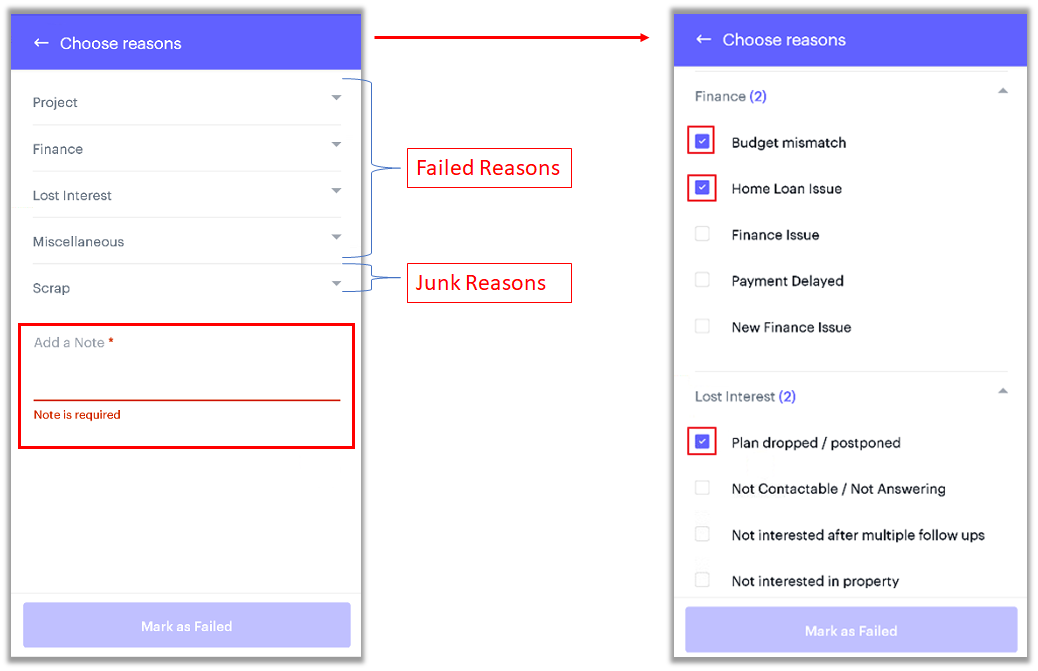 1. The reason category "Scrap" will not be listed on "Choose Reasons", if the lead is not in claimed category.

2. A user can select multiple reasons from multiple categories (refer screenshot above). If any of reasons under Scrap category are selected along with any reasons from other categories, the lead will be counted as a junk lead for reporting on Dashboard.

3. Adding a note is now mandatory while moving a lead to Failed category. (Refer screenshot above)

"Mark as Failed" added to after follow-up call screen:

After an app user makes a call to a user, the option to mark a lead as failed has been added to the after call screen which appears on call completion. 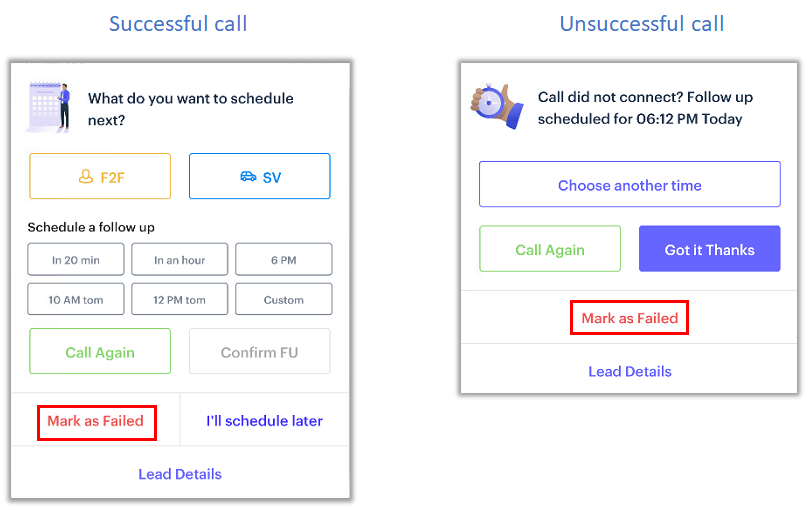 Once the user clicks on "Mark as Failed", the app asks user to select appropriate reasons. 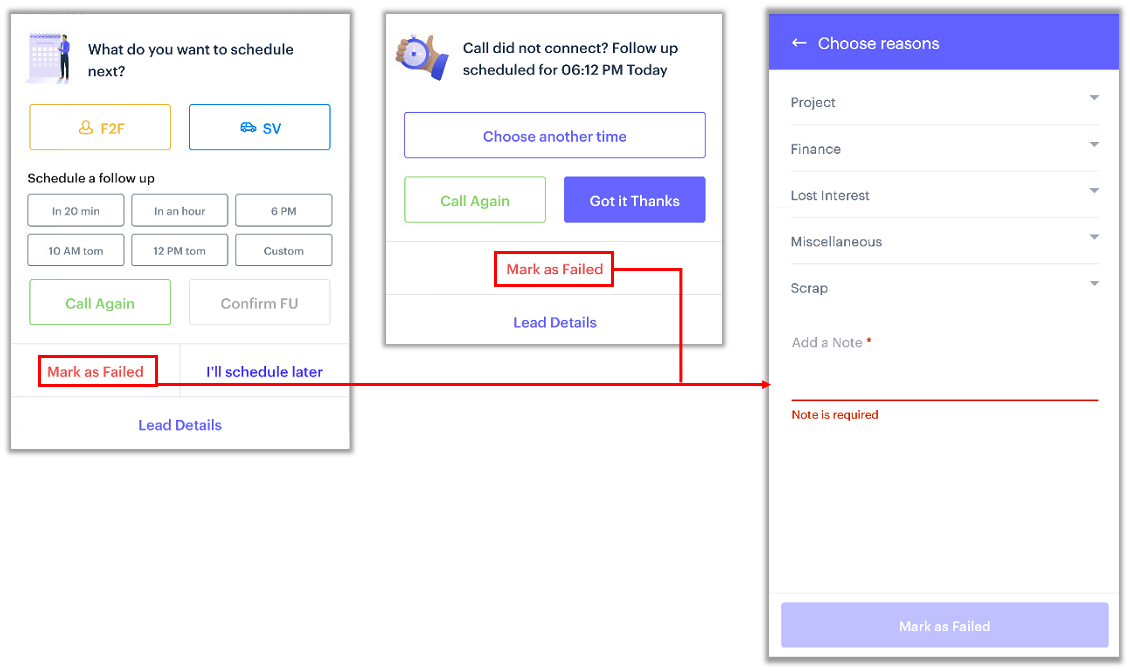 Note: It is mandatory to add a note while marking a lead as failed.

After an app user makes a call to a user, the option to open lead details has been added to the after call screen which appears on call completion. On clicking "Lead Details", the Lead details screen opens. 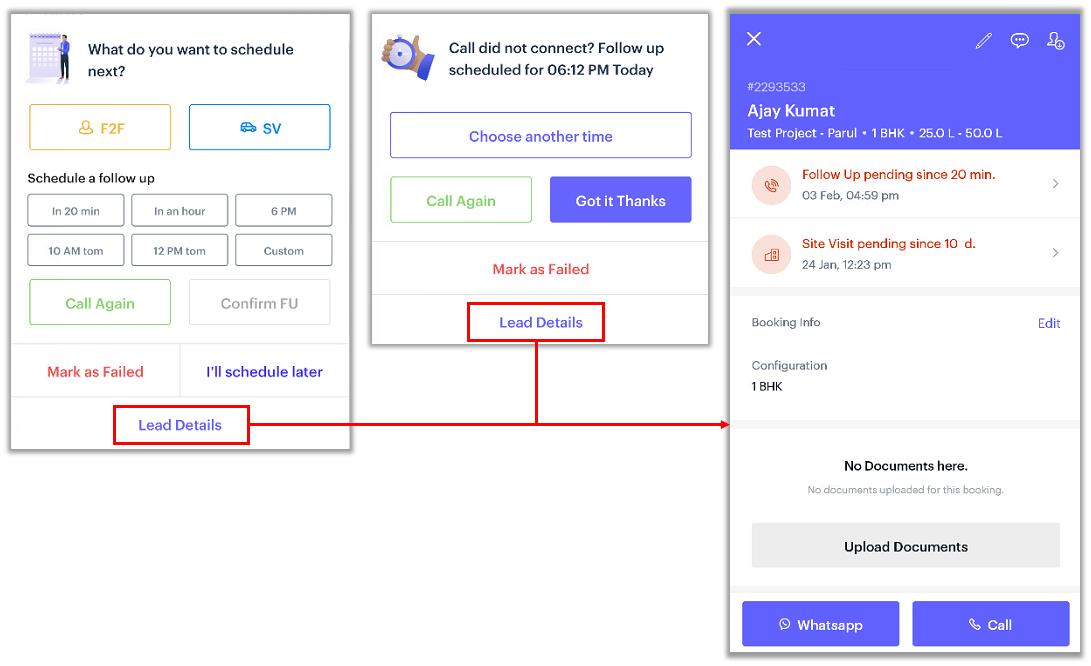