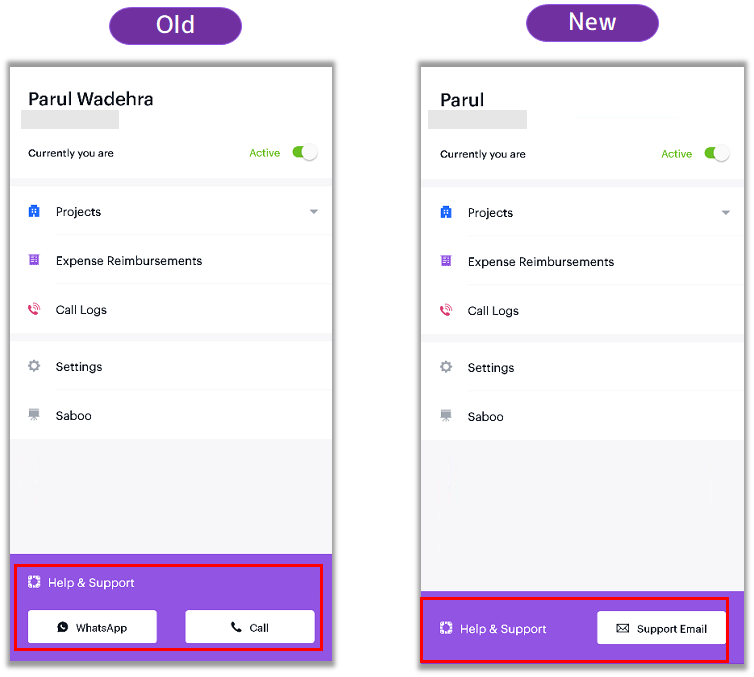 Once a user clicks on "Support Email", an email is auto-generated with details about the device and sales agent. Further details of the issue can be added to the email and then can be sent to support team. 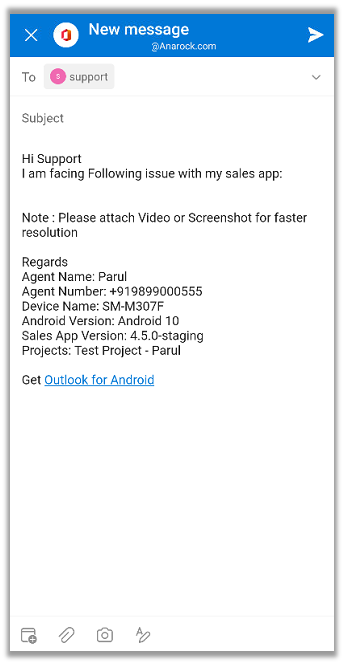 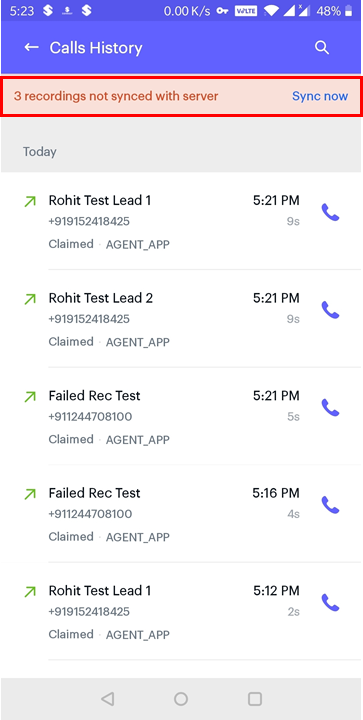 The app user can use the "Sync now" option to upload the pending call recordings to the server. Once clicked, the user can see the progress of sync. 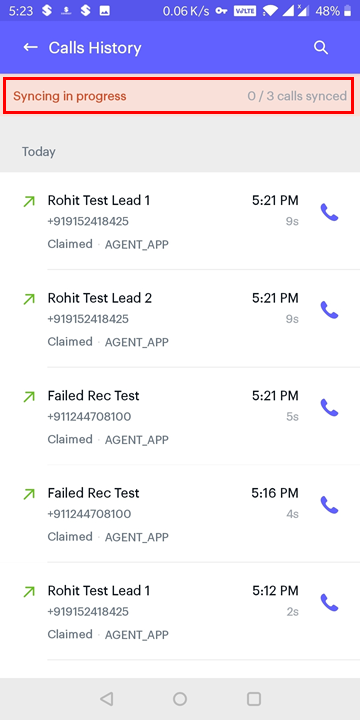 Once the sync is complete, the users will receive notification on the device. 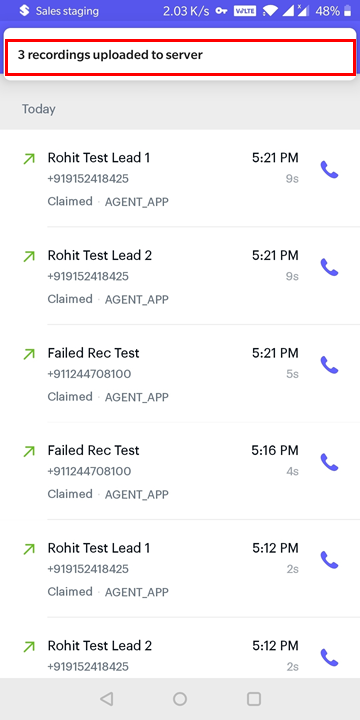 Even if after manually sync, the call recordings are still not synced with the server, the sales app will keep each recording for 7 days from the day of recording. The user can sync anytime within those 7 days. On the 7th day, the user will receive notification on the device to upload those recording by EOD or else the recording will be removed from the device. 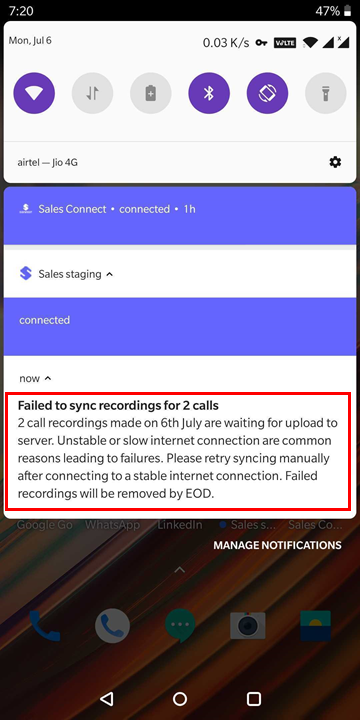 Previously, while sharing project details with leads over email, default mail app (Outlook) was the only for sending out email. With this release app users will be given option to choose any of the mail apps installed on the mobile device. 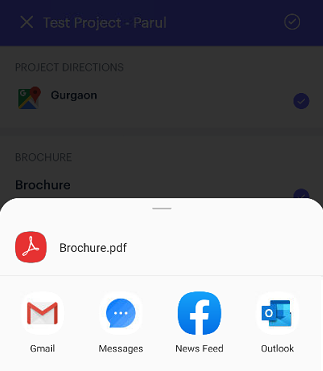 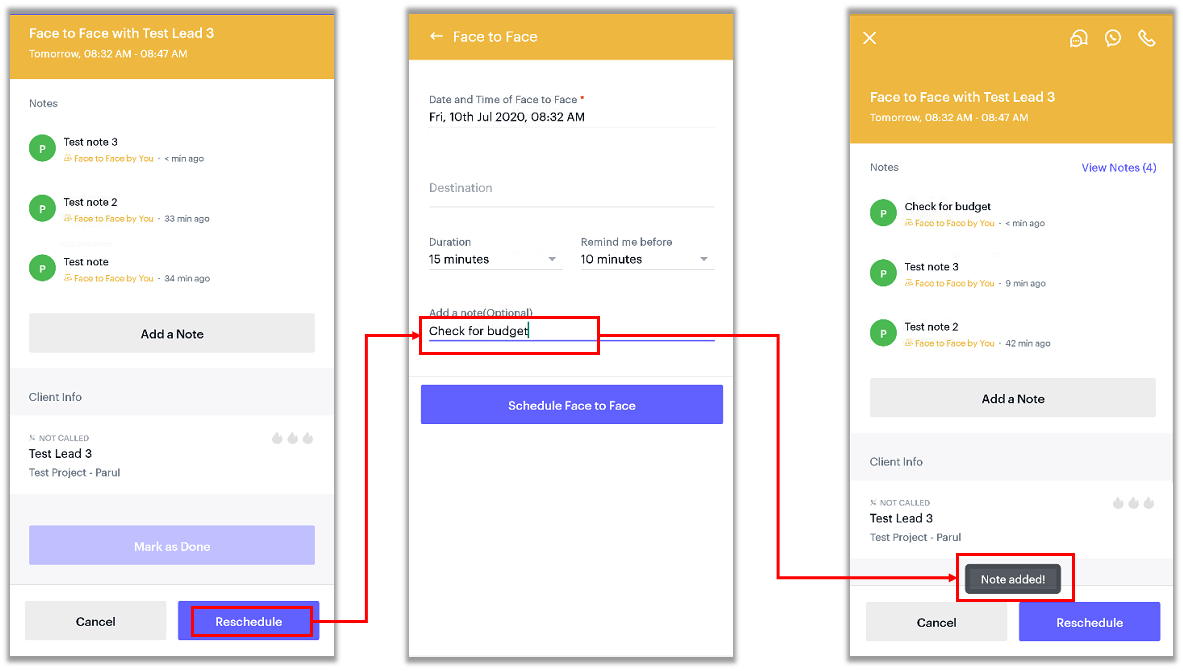